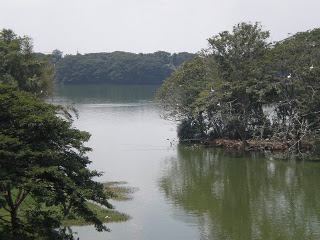 Aloha Friends,           Today’s Seva story #39 comes from Patty who lives in Washington state.  Seva means selfless service for the benefit of community and environment. I am collecting 100 stories to spread inspiration, ideas and positive news. Patty is an avid hiker and has made a lot of effort cleaning up nature. Patty writes:

Google earth map for the headwaters of Deep Creek

https://www.google.com/maps/@47.6742635,-117.8528822,286m/data=!3m1!1e3
“The above link shows the area zoomed way in to where the old garbage dump shows up as white in the middle of picture near one of the vernal ponds in the upper left corner of the picture.  From there, one can zoom out to see the area, including the two lakes where migratory birds pass during the spring and fall and all the vernal ponds that create the headwaters of three creeks.  Deep Creek runs roughly northeast for about 20 miles where it joins the Spokane River.  Spring Creek meanders southeast through the whole state to join the Columbia River directly.  This unassuming “scabland” on the eastern edge of the central Washington desert holds great significance for the birds, as well as other wildlife, and the health of the water ways, yet for decades people had dumped their trash at this site rather than dispose of it correctly.  The Inland NW Land Conservancy bought the land in question with the important vernal ponds next to the two lakes to preserve it, clean it, and hopefully block the illegal dumping.  They arranged a formal cleanup last fall on two Saturdays.  On the first Saturday volunteers help remove about 19 TONS of scrap metal.  In between the two Saturdays the INWLC hired back hoes and dump trucks and removed about 105 TONS of garbage.  I helped on the second Saturday where volunteers returned to pick up remaining trash by hand.  About eleven volunteers picked up enough remaining trash to fill up a semi trailer from the floor to about half way full vertically.  We had to quit after about four hours to get the trash to the transfer station before it closed.  It seemed like just a few more hours of work could really finish getting all the loose trash picked up, so I and another Spokane Mountaineer arranged an informal cleanup as an event through the Spokane Mountaineers with the permission of INWLC.  We went back to the site some weeks later with a small group of volunteers to finish cleaning up some of the surface trash and hauled out many more large garbage bags of trash.  Afterward we hiked the area to see the beautiful and important land.  I first hiked it on the Saturday cleanup day and saw about 100 swans and hundreds of other water fowl on the lake preserved by the WA state department of fish and wildlife.  By the time of the informal cleanup, winter and snow had arrived and the birds had all continued on their way.  Since then I believe the INWLC has transferred then land to WDFW to include in their conservation efforts there.
http://wdfw.wa.gov/lands/wildlife_areas/swanson_lakes/Reardan%20Audubon%20Lake/
http://www.inlandnwland.org/
This particular cleanup had special meaning to me because I have hike Deep Creek canyon in Riverside State Park since childhood.  It contains amazing natural features and raw beauty, not to mention an occasional rattlesnake!  🙂  I never thought about where its headwaters might form.  In the spring the creek runs high, fast, and furiously through the canyon.  By the end of summer it’s barely a trickle.  When I saw the notice to help cleanup the headwaters of Deep Creek canyon, I couldn’t believe they existed west of town in the dry scablands rather than more north towards the mountains.  I learned a lot that day about the geography and geology of my home.
In addition to this particular situation, I have volunteered twice this season on Maui to do beach cleanups and in the past with Pacific Whale Foundation’s “Volunteer on Vacation” program.  I like the feeling of giving back to the places from which I get so much enjoyment and helping to leave the earth just a little better place.  I will often pick up trash while walking on the beach or hiking in the forest.  I am sharing this seva story hopefully to inspire others to do the same.  It’s amazing how much difference a few people can make in a short amount of time picking up trash or just being conscious of ways to help others, or even one person picking up one or two things along a trail to make it a little more beautiful.”