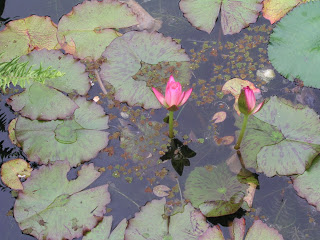 Aloha, Today’s Seva story comes from Jianne in Wisconsin. Seva means selfless service for the benefit of community. I am sharing these Seva stories so we can get ideas from each other and spread positive news.
About nine years ago, Jianne took a job with a company as a sewer. She was not excited about the job but felt she had to get out of the house and make money. She was homebound for nine months healing from cancer.
After she started working she met a coworker, Lisa, who was from Vietnam and did not read or write or speak English. Kim’s personal administrative chores and banking were taken care of by her younger sister. Eventually Jianne was promoted and became Lisa’s boss. They were able to communicate even though they didn’t speak a common language.
A few years ago, Lisa got really sick so she went to the emergency room. She had numerous tests done and it turned out she was okay but as a result of the emergency room visit, she ended up with a $4,000. medical bill. This confused Lisa’s sister to the point she didn’t want to deal with it. So, Jianne stepped in as friend instead of just her boss and became an administrator towards Lisa’s medical bill. Lisa has been making regular payments and is almost done paying the the bill.
Jianne and Lisa’s relationship has been a friendship of loyalty, trust and care in workmanship without prejudice to someone who is from outside the country. Not only does Jianne have a solid coworker and friend, she also gets to eat some of Lisa’s delicious homemade Vietnamese food.

Please send me your Seva story so we can share and get ideas and spread the Seva! Send to: info@johannawaters.com. Aloha, Namaste, Metta, Johanna Waters